The Top 23 Signs of Mercury Toxicity from Fillings – Are Amalgams Unsafe? 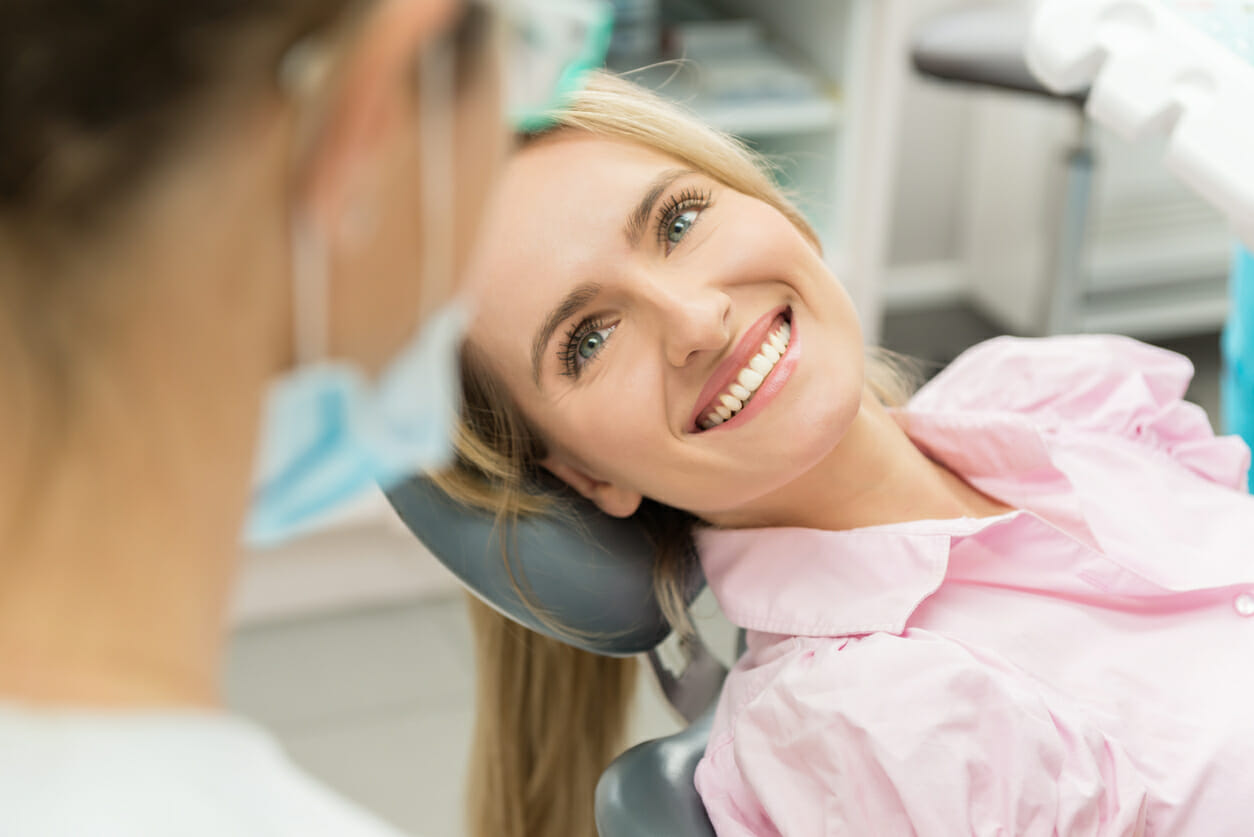 Learn the 23 Signs of Mercury Toxicity from Fillings

Mercury toxicity is difficult to define – it can be present in many different ways with many different symptoms. The cause of mercury toxicity is also fickle and can be a bit of a moving target. However, there’s one definite source of Mercury that most adults are living with today. That source is amalgam fillings, more commonly known as silver fillings.

But can Amalgam Fillings jeopardize your health?

The answer – When Amalgams were commonly used to fill cavities, potentially toxic metals such as: Silver, Nickel, Copper and Mercury were used to make the fillings. This is why Experts since the 1980’s have considered Amalgam Fillings to be unsafe.

Experts like use these 23 Signs to diagnose Mercury Toxicity from Fillings:

It is important to remember that this lists are not all encompassing, these are rather the top reported signs. Mercury poisoning can manifest in countless way. There have been over 250 specific symptoms associated with mercury toxicity. [5]

If your cavities have been filled using Amalgams in the past, I suggest scheduling an appointment for Amalgam Removal and consider purchasing a specific Mercury Detoxification Protocol such the Quicksilver Scientific MerProtect – it is a combination of Glutathione and a supplement called “Amalgaclear” to target and eliminate deep storage of Mercury in organs, brain and muscle tissue.

We Still Do Not Understand How Mercury Toxicity Happens…

It is important to note that although we refer to the issues that may arise due to the presence of amalgam fillings as mercury toxicity, most practitioners wouldn’t classify the majority of the signs and symptoms we discuss here as true toxicity. However, this does not mean that the presence of mercury in the body doesn’t cause treatable and preventable symptoms by addressing the root cause of the issues.

Further complicating things, Mercury is processed differently by everyone. In fact, genetically speaking, there are some people more naturally equipped to detoxify the body of mercury, while others tend to be predisposed to harbor the toxin. Specifically, “[t]he polymorphism of the gene that controls the enzyme glutathione-S-transferase (GSST) prevents excretion of mercury. [1] Hypothetically speaking, you could have siblings who live under the same roof, eat all the same things, have all the same dental work, are subjected to all the same environmental toxins, but have different genes and, therefore, process mercury differently. One of these siblings may be completely asymptomatic while the other one has ADHD, trouble sleeping, and eczema- all potentially caused from the excessive accumulation of mercury.

Although we do not understand how Mercury Toxicity occurs, we do understand that Mercury is released from Amalgams – check out the video below from Dr. Nick Yiannios D.D.S.

The History of Amalgam Fillings

The million-dollar question seems to be whether or not the mercury in amalgam fillings is really a cause for concern. Interestingly, the concerns over mercury in amalgam fillings date back to 1843. Yes, the 1800’s, that was not a typo. “In the year 1843, the American Society of Dental Surgeons (ASDS), founded in New York City, declared use of amalgam to be malpractice because of the fear of mercury poisoning in patients and dentists and forced all its members to sign a pledge to abstain from using it.” [2] However, it seems that, due to an absence of a safe alternative to amalgam, the stance against it wasn’t very popular. After all, dentists needed to treat tooth decay and they wanted to make money. This led to the downfall of the ASDS and the American Dental Association (ADA) was formed, which didn’t oppose the use of amalgam filling material.

Following the formation of the ADA in 1859, amalgam fillings were the norm for well over a century and their safety was largely unquestioned. It wasn’t until very recently that research was conducted and, in fact, confirmed that mercury from amalgam fillings is released and absorbed into the body. A 2017 University Health News article states that “[i]t is now well-documented that small amounts of mercury are continually released from these fillings and absorbed into the body. Scientists have determined that for most people, dental fillings account for the majority of the mercury stored in their tissues.” [3] Even with this scientific proof, almost half of US dentists still use dental amalgam fillings, which contain about 50% mercury. [3]

Why do dentists still use amalgam fillings? Honestly, they’re cheaper and easier to work with. Not only is the material less expensive than the alternative composite filling, they harden in moist areas (aka the mouth) quicker so the dentist has to spend less time administering the fillings. Basically, amalgam fillings are better for the bottom line.

Back to the safety issue. To me, it’s a no brainer- if there’s any chance (and the research indicates that there’s a pretty significant chance) that something is poisoning me, it’s a hard “no.” This reminds me of when I took my daughter to her four month checkup and the pediatrician was educating me on introducing solids (by the way, research clearly supports waiting until at least six months). He said to “go easy on the rice cereal” because it does “contain small amounts of arsenic.” No thanks, I’ll steer clear of giving my baby Arsenic! What the heck? This is not ok! Needless to say, that was the last time we saw that pediatrician.

Mercury toxicity can be tricky and there’s really no “textbook” case. Unfortunately, to complicate the situation even more, mercury toxicity is pretty far off of conventional doctors’ radars and they are highly unlikely to suggest testing for it. It is also important to keep in mind that “low-grade, chronic exposure to mercury from dental amalgams generally causes more subtle and nonspecific symptoms.” [3]

So, typically, this is kind of what happens: You realize you don’t feel that great, maybe you have a friend who recently had a health transformation and she’s raving about all the energy she has and how great she feels. Or maybe you just can’t remember the last time you truly felt healthy and well. Regardless of the reason, you have your yearly physical scheduled with your primary care physician and you decide to bring it up then. At that appointment, although you feel rushed and aren’t explicitly asked if you have any concerns, you find a second to interrupt. You tell your doctor that you don’t have much energy anymore and you often find yourself struggling to concentrate. Your joints kind of feel achy and maybe you have more frequent headaches than you have had in the past. And, even though your doctor seems disinterested, you add that you sometimes experience some anxiety and maybe even depression.

Spoiler alert- all the issues that were listed are symptoms!! They are not diseases in and of themselves. But, I would be willing to bet that rather than trying to figure out what is causing all of these symptoms, your doctor will write you one, two, or maybe even three prescriptions for pharmaceutical drugs to attempt to alleviate these symptoms, which will undoubtedly cause more symptoms and side effects. Frustrating, isn’t it? If any of the signs or symptoms hit home, maybe you should broach the issue with your doctor. Or, if the doctor described above sounds a little too familiar, we suggest looking into a provider with a functional or integrative approach.

“Many of the symptoms of mercury poisoning from fillings are brain-related since inhaled mercury vapor leads to considerable deposition of elemental mercury in the brain. Common brain-related symptoms include:

These issues may not present immediately. “Since mercury vapor is continuously emitted from dental fillings, it accumulates in the body over time and the damaging effects may not manifest for years or even decades.” [4]

“However, the mercury vapor from fillings is also easily inhaled and absorbed through mucus membranes where it is rapidly converted to other forms of mercury and deposited in tissues throughout the body. Therefore, symptoms of mercury toxicity can be physical and body-wide, in addition to being mental and emotional.” [3] Some examples of other symptoms include:

It is important to remember that these lists are not all encompassing. Mercury poisoning can manifest in countless way. There have been over 250 specific symptoms associated with mercury toxicity. [5]

What an Expert Says about Mercury and Amalgam Fillings

Dr. Mark Hyman MD is a well-respected expert in the field of Environmental Toxicity, he even battled Mercury Toxicity in his youth! Crediting “growing up in Beijing where every home is heated by coal, and ultimately having amalgams myself,” Dr. Mark Hyman, MD quotes, “There’s no doubt about it, Mercury is the most alarming, disease-causing source of environmental toxicity that I see daily in my practice.”

“Mercury is Lipophilic, meaning that it concentrates in fatty tissues, especially in the brain, which is made mostly of fat,” states Dr. Hyman. Check out this video to learn more!

What to do about Mercury Toxicity?

If you think you may be suffering from complications caused by mercury from amalgam fillings you certainly should not ignore those concerns. The first thing I would recommend is to seek a consultation with a functional medicine provider that specializes in heavy metal toxicity.

Unfortunately, there isn’t one specific test that can be performed to determine whether you have an accumulation of mercury in your body. There is a hair test and a urine “challenge” test that can help your provider determine your risk for mercury accumulation, but they do not offer a definitive diagnosis. Additionally, it is important to note that the blood test that is available is only indicative of a recent mercury exposure and offers zero insight into whether mercury has accumulated in your body potentially causing unwanted symptoms.

If you do have amalgam fillings and are concerned that they may be impeding your ability to achieve your health goals, it is certainly worth exploring options to have the amalgam removed. Just keep in mind that this isn’t something that should be done haphazardly. “Going to see a conventional dentist who drills out your fillings without any precautions or protection can lead to serious health consequences.” [1] However, amalgam filling removal is certainly an option, just do your research to find a dentist who is well versed in amalgam removal and recognizes the benefits of it. And remember, if you are not completely comfortable with your provider, whether it’s a dentist removing your amalgam fillings or your primary care provider, you should never hesitate to seek a second opinion. You have one body, treat it right and only seek care from providers who have your best interest at heart.

Removing the source of Mercury toxicity (the Amalgams) is vitally important for the longevity of your health, but you still have to clean your body from heavy metal toxicity. This is where supplementation comes into play…

Dr. Christopher Shade has created an Amalgam Detoxification Protocol called “MerProtect” for this exact reason – to clean the body and allow it to heal from Mercury Toxicity. Like Dr. Mark Hyman, Dr. Shade dedicated his life to reversing toxicity because of dental fillings that destroyed his health as a youth.

How does it work? Amalgaclear is designed to push Silver and Mercury out of the muscles and tissue and bind them to Glutathione, “The Master Antioxidant.” Once the metals are bound, Gluathione will process them for elimination!

Thank you for taking the time to read The Top 23 Signs of Mercury Toxicity from Fillings.