The real reason I am tired! 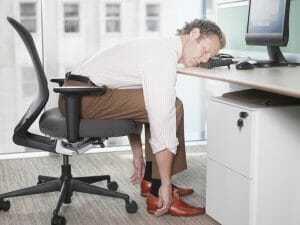 The new minister stood at the church door greeting the members as they left the Sunday morning service. Most of the people were very generous telling the new minister how much they liked his message, except for one man who said, “The was a very dull and boring sermon, pastor.”

A few minutes later, the same man again appeared in line and said, “I don’t think you did much preparation for your message.”

Once again, the man appeared, this time muttering, “You really blew it. You didn’t have a thing to say, pastor.”

Finally, the minister could stand it no longer. He went to one of the deacons and inquired about the man.

“Oh, don’t let that guy bother you,” said the deacon. “He’s a little slow. All he does is go around repeating whatever he hears other people saying.”

“We have often asserted, and we affirm it yet again, that no fact in history is better attested than the resurrection of Jesus Christ from the dead. It must not be denied, by any who are willing to pay the slightest respect to the testimony of their fellow-men, that Jesus, who died upon the cross, and was buried in the tomb of Joseph of Arimathea, did literally rise again from the dead..” – Charles Spurgeon 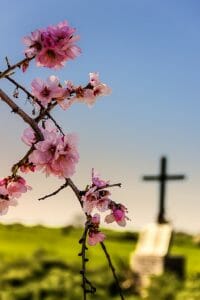 Once more the resurrection of Christ is operating at this present time with a quickening power on all who hear the word aright. The sun is, to the vegetable world, a great source of growth. In this month of April, he goes forth with life in his beams and we see the result.

The buds are bursting, the trees are putting on their summer dress, the flowers are smiling and even the seeds which we buried in the earth are beginning to feel the vivifying warmth. They see not the Lord of day but they feel his smile. Over what an enormous territory is the returning sun continually operating! How potent are his forces when he crosses the line and lengthens the day!

Such is the risen Christ. In the grave he was like the sun in his winter solstice but he crossed the line in his resurrection. He has brought us all the hopes of spring and is bringing us the joys of summer. He is quickening many at this hour and will yet quicken myriads. This is the power with which the missionary goes forth to sow; this is the power in which the preacher at home continues to scatter the seed. The risen Christ is the great producer of harvests. By the power of his resurrection men are raised from their death in sin to eternal life.

Back in 1830 George Wilson was convicted of robbing the U.S. Mail and was sentenced to be hanged.  President Andrew Jackson issued a pardon for Wilson, but he refused to accept it.  The matter went to Chief Justice Marshall of the Supreme Court, who concluded that Wilson would have to be executed. “A pardon is a slip of paper,” wrote Marshall, “the value of which is determined by the acceptance of the person to be pardoned.  If it is refused, it is no pardon. George Wilson must be hanged.  “For some, the pardon comes too late. For others, the pardon is not accepted.

When Jesus died on the cross and rose again on the third day, he made eternal life possible for those who would believe and accept his pardon.  Ephesians 1:7 “In whom we have redemption through his blood, the forgiveness of sins, according to the riches of his grace.”  God offers salvation as a free gift to all, but it must be accepted.  If we accept the gift it becomes ours, but if not it still belongs to the one who offered it.  Romans 6:23 “For the wages of sin is death; but the gift of God is eternal life through Jesus Christ our Lord.”  It is important that we exercise faith in Jesus as he is our eternal hope.  John 3:36 “He that believeth on the Son hath everlasting life: and he that believeth not the Son shall not see life; but the wrath of God abideth on him.”  There is no middle ground if you have not received his gift of eternal life do it today.

We are here to serve you

Get coupons by email!

Zetpil-RX is the health care professional’s top choice for highly absorbed suppository forms of Glutathione, Amino Acids, Iron, and more.  This method offers an effective solution for individuals that suffer from poor and/or inadequate intestinal absorption, or for those that in a deteriorated state of health.  Products support the Prostate, Brain & Memory, Stress Reduction, Detoxification, and a variety of nutritional deficiencies. Read More

Established in 1980, the Life Extension Foundation is a 501 (c) (3) non profit organization dedicated to finding new scientific methods for eradicating the harmful effects of aging on the body.  The largest organization of its kind in the world, the Life Extension Foundation has always been at the forefront of discovering new scientific breakthroughs for use in developing novel disease prevention and treatment protocols to improve the quality and length of human life.Read More

At Metagenics, patient health is our greatest concern.  Metagenics has built a reputation on nutraceuticals and medical foods that meet the high expectations of health care professionals worldwide.  But what we care about most is serving the best interest of the patients who use our products and services with a goal of improving health and wellness.Read More

Pure Encapsulations was founded to formulate and manufacture the highest quality line of hypo-allergenic supplements available.  Pure Encapsulations supplements are hypoallergenic.  All two-piece capsules are hypoallergenic and vegetarian.  There are absolutely no added coatings, binders, shellacs, artificial flavors, artificial sweeteners or colors, fragrance or excipients in our products that would disrupt or diminish the bioavailability of any of their ingredients.Read More