Quicksilver Scientific Liposomal NAD+ Gold is on the cutting edge of anti-aging supplementation. That doesn’t mean that its principal ingredient, NMN, is some sort of miracle cure that will send you back to your early 20’s. Rather, NMN supplementation is one of the most viable methods for raising NAD+ levels in the human body. NAD+ is essential to all life on Earth and its decline may be one of the greatest factors in the aging process…

Note: In order to preserve maximum potency, this product is shipped with an ice pack year-round. 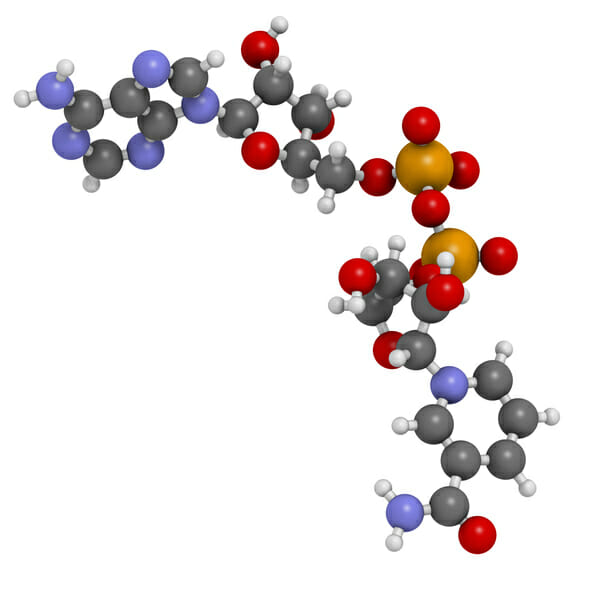 Anyone who has done their research on anti-aging supplements has surely encountered the acronym “NAD+” at least once or twice. But what does it even stand for? What is the significance of the strange “+” symbol? And, more importantly, what is its relevance to the human aging process? Let’s unpack!

Nicotinamide Adenine Dinucleotide (NAD) is a cofactor which can be found in all living cells – not just in humans, but in ALL living creatures. “Cofactor” is a rather general term indicating any non-protein chemical compound which plays an essential role in catalyzing enzyme reactions.

So, that leaves the issue of the “+” symbol. NAD+ is the oxidized form of NAD which accepts electrons from other molecules and becomes reduced into NADH. This reduced form of NAD is then used to donate electrons.

While the general function and importance of NAD is well documented, the relationship between various NAD concentrations and human aging is less understood. A popular theory of late is that declines in NAD+ levels are a fundamental aspect of the physical and mental decline which is associated with aging.

To put this theory to the test, researchers from the Washington University School of Medicine reviewed the current clinical literature on NAD+ and aging. This 2018 review incorporated upwards of 80 studies and arrived at the conclusion that “systemic NAD+ decline is one of the fundamental molecular events that regulate the process of aging and possibly limit organismal life span.”1

However, that doesn’t mean that there is already a straight-forward path to the development of anti-aging supplements which increase bodily concentrations of NAD+. Such supplements have only been in development for a short matter of years, but thankfully the desired results are beginning to materialize.

This brings us to Nicotinamide Mononucleotide (NMN). NMN is a nucleotide which is best known as an intermediate of nicotinamide adenine dinucleotide biosynthesis.2 This has led many to believe that the consumption of NMN may be the most viable way of directly raising NAD+ levels in the human body. Multiple studies and reviews have studied this hypothesis, and while the research is still on going, results thus far have been very promising.

One study conducted on aged mice concluded that “NMN supplementation exerts significant cerebromicrovascular protective effects in aged mice.” While going on to state that clinical trials on elderly human subjects were a necessary and imminent step to take in this line of research.3 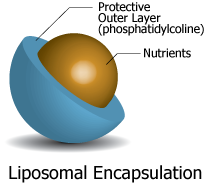 As always, Quicksilver Scientific have positioned themselves on the cutting edge of this research. Their Liposomal NAD+ Gold formula is one of the first and only advanced delivery forms of an NMN supplement. Liposomal encapsulation via phospholipids from all-natural sunflower lecithin may aid significantly in the absorption of NMN into the bloodstream and the cells of the body.

If you’re looking for a highly potent and reliable form of NMN, look no further than Quicksilver Scientific Liposomal NAD+ Gold.