Adaptogenic herbs like Kanna have been studied for their potential to help the body & mind cope with the effects of stress & feelings of anxiety. Pure Life Kanna Bliss contains the most scientifically backed adaptogens in a pure & natural formulation. 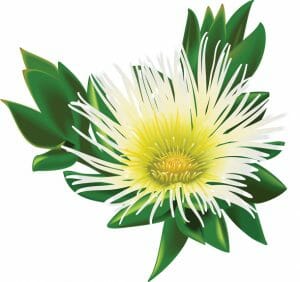 Also known by its scientific name of Sceletium tortuosum, Kanna is a succulent plant which is native to South Africa where it has been used for centuries as a natural agent for mood regulation and even alteration. In more recent times, clinical investigations of the chemical properties of Kanna have revealed great potential for nutritional mood support. It is thought that this potential is achieved via the impact that Kanna consumption has on PDE4 inhibition and 5-HT reuptake inhibition.1 For this reason, Kanna has become one of the most popular and widely recommended natural ingredients for helping the body and mind to reach a state of calm and relaxation.

Not only does this powerful formulation from Pure Life feature a potent dose of Kanna, it also contains a number of other herbal extracts which are widely known for their support of a health and balanced state of mind. All of the herbs contained are considered to be adaptogenic. This means that they possess assorted properties which all provide some level of support for stress response in the body and mind. Now we’ll take a closer look at their individual properties and the research which has illuminated their adaptogenic health support potential:

Rhodiola – this perennial flower grows in cold regions throughout the world and has been used as a natural remedy for stress and anxiety in a number of different cultures distributed across Europe and Asia. While studies into the properties of this classic adaptogen have been limited, the results have thus far revealed only positive potential for the mental health support properties of Rhodiola.2 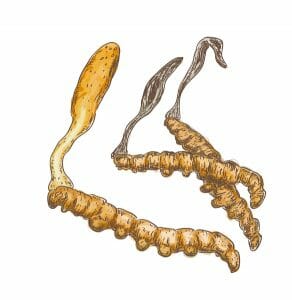 Cordyceps – a type of fungi rather than an herb, Cordyceps are still considered to possess substantial adaptogenic properties. They are grown exclusively on caterpillars which live at high elevations in the himalayan mountains. While this may seem like a highly obscure source for a natural remedy, it has astonishingly been used as such in China for many years. It would be impossible to harvest adequate amounts from caterpillars alone, but thankfully Cordyceps are able to reproduce in a laboratory setting for the purpose mass distribution via supplementation.3

Bacopa – short for Bacopa monnieri, Bacopa is a perennial, creeping herb which also goes by the name of Waterhyssop. Multiple studies have uncovered that Bacopa may have cognitive support properties. One study in particular investigated its ability to nutritionally aid the brain in resisting the degradational effects of aging on cognitive function.4,5

Ashwagandha – perhaps the most widely known adaptogenic herb, Ashwagandha is a plant whose roots and berries contain certain unique chemicals which may aid in brain health, anti-inflammatory activity, and immune response.6

Note: GMO Free, No Dairy, No Soy, No Caffeine, No Artificial Ingredients

Caution: Do not exceed serving size in one dose.