Biofilm Phase-2 Advanced from Priority One Vitamins is an anti-biofilm supplement unlike any other in that it targets biofilm colonies which have strengthened and progressed into Phase-2 of their lifespan. It’s all thanks to the rigorous research and expert curation conducted by Dr. Paul S. Anderson – the head formulator behind Biofilm Phase-2 Advanced.

Behind the Uniquely Potent Formula of Biofilm Phase-2 Advanced

Biofilms are colonies of various microorganisms which attach themselves to a surface (often organs and tissues in humans) where they can grow and proliferate. In the majority of cases, biofilms pose a significant threat to human health. For this reason, nutritional ingredients which may prevent the spread of biofilms are highly sought-after.

Dr. Paul S. Anderson is the chief designer of the Biofilm Phase-2 Advanced formulation from Priority One Vitamins. Dr. Anderson has done extensive research on the topic of biofilms with a particular emphasis on nutritional solutions. Over the course of his career, he has managed to identify several ingredients which are most likely to assist the body in the protection from and elimination of various forms of biofilms: 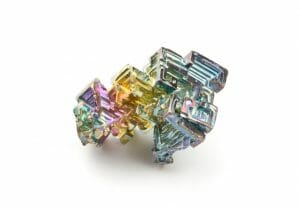 Bismuth in its most organic form.

Alpha Lipoic-Acid (ALA) – While most people take ALA supplements for antioxidant support, fewer are aware of its reputation for antimicrobial support. One study which took an in vitro approach to monitoring the effects of various dietary acids on biofilm formation concluded that alpha lipoic acid could “inhibit biofilm formation of P. aeruginosa without disrupting bacterial growth.“1

Cumin – Cumin seeds are a rich source of curcumin and other compounds which are capable of antioxidant and anti-inflammatory support. In addition, one study found that essential oils derived from cumin seeds were capable of supporting the activity of ciprofloxacin against K. pneumoniae – a bacterial strain with a distinctive tendency for biofilm formation.2

Bismuth Subnitrate – Bismuth is actually a metallic element which is known for its unique shapes and vibrant colors. However, as with many other metallic elements, bismuth is also capable of nutritional support when ingested (typically in small amounts) into the human body. Bismuth subnitrate is a crystallized and powdered form of bismuth which has become a fairly popular ingredient for supplementation, primary due to its antimicrobial properties. Clinical research suggests that bismuth nitrate, as well as other forms, may be capable of inhibiting the activity of candida albicans and the formation of biofilms.3