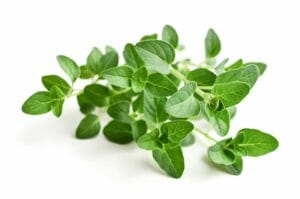 A Brief Overview of Oregano and Human Health

To some, Oregano is little else than a simple cooking herb. They know that it tastes delicious on a pizza, but are sadly unaware of the history, nutritional potential, and versatility of this incredible plant.

As far back as 40 A.D., people of the Mediterranean were aware that Oregano possessed noteworthy nutritional properties, though it was often confused with a similar herb known as Hyssop.1 Meanwhile, Oregano has been used for a similar span of time in Traditional Chinese Medicine where it is known as Niu Zhi.

When entirely separate ancient cultures find health uses for the same herb, modern-day scientific institutions tend to take notice. In this case, scientific investigation has only served to validate and broaden the understanding of Oregano as an herb with a great deal of nutritional potential.

Those who are “in the know” about Oregano are probably most familiar with its antimicrobial properties. This is for good reason as the clinical literature is extremely deep on this particular topic. While the use of Oregano Oil against Candida Albicans infections is well documented,2 this only scratches the surface of its antimicrobial potential.*

In particular, a 2018 study has revealed that Oregano Oil may be useful for combating certain strains of multidrug-resistant bacteria.3 These forms of pathogenic bacteria have adapted to antibiotics which are commonly used in humans and livestock, and, as such, tend to be difficult to exterminate via conventional means. Oregano Oil is one of the most prominent alternatives for helping the immune system of the human body to counter these pathogens.*

However, it’s well worth noting that the nutritional properties of Oregano are not limited to antimicrobial activity. A 2017 review of the clinical literature on the various health effects of Oregano Oil supplementation concluded that it may also deliver antioxidant and anti-inflammatory support.4 All of these factors equate to a great deal of support for the immune system, but other pivotal facets of the human body, such as the cardiovascular system, may benefit as well.*

So, why choose Physician’s Strength Oregacillin over all the other Oregano supplements out there? It’s simple: Oregacillin contains some of the highest quality Wild Mountain-Grown Oregano Extract, as well as 4 other potent herbal ingredients. It is also free of any and all fillers and excipients. Truly a top-notch herbal formulation.