What are Cataracts? Best Ways to Naturally Treat Cataracts in 2018

“The health of the eye seems to demand a horizon. We are never tired, so long as we can see far enough.” -Ralph Waldo Emerson 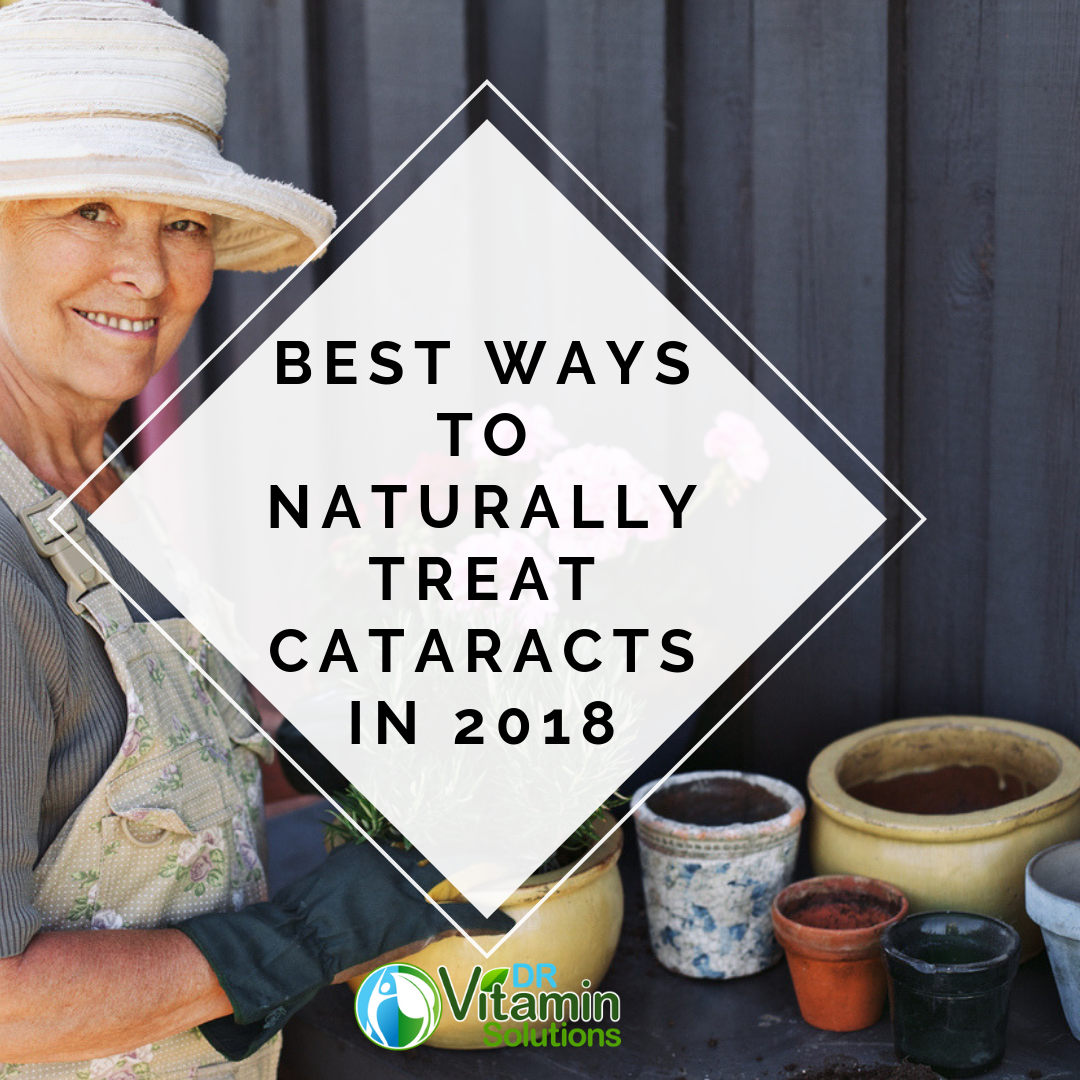 The oldest documented case of cataracts we know about took place in the fifth dynasty in Egypt, about 2400 B.C. The first cataract surgery performed in Egypt dates 2,400 B.C.

Cataracts are a leading cause of blindness in the United States today, but they have been present throughout time as seen in Egypt. Today, cataract disease affects more than 22 million Americans 40 or older, and more than 30 million people in the United States are expected to have cataracts by 2020 as the population ages. (1)

The risk of cataracts increase with age. Most cataracts develop at or after the age of 55. By age 80, more than half of all Americans have a cataract, or have had cataract surgery. (2)

What are Cataracts? Is Cataracts a Disease?

A cataract is a buildup of proteins clouding the eye lens. Cataracts block light and can cause chronic vision problems if eye care is not applied.

Cataracts are not tumors, nor are they films over the lens. They are a buildup of proteins in the lens that reduces clarity over time.

If cataracts get worse, everything can begin to look like a blur — which is what cataracts look like. As they form, it’s easy for an eye doctor to diagnose the shimmer in the pupil. This is a telltale sign of cataracts.

Babies can be born with cataracts, although rare. In the case of children with pre-existing medical conditions, cataracts can develop during childhood.

Summary- A cataract is the result of a buildup in proteins. It causes vision problems, but it is not a disease. 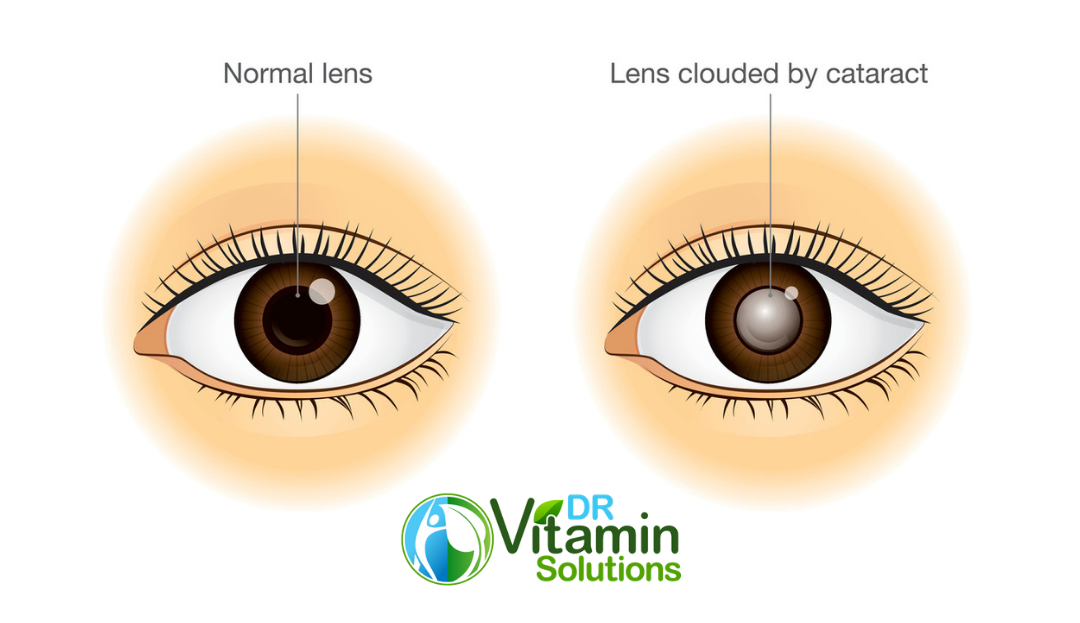 The difference between a normal eye lens and an eye lends clouded by protein build-up.

Our eyes are complex devices. The eyes reflect light onto the retina, which sends it to the brain for processing. Before you have a conscious idea of what’s going on, you know exactly what you’re looking at.

Our eyes work so well and so efficiently that we often don’t think about their function until something goes wrong.

The cataract affects the eye lens, which is the second part of your eye’s anatomy that focuses and aims light onto your retina for processing. Light starts at the cornea before making its way to the lens, which can change its shape depending on what you are trying to see. If you’re trying to make out something far away, the lens becomes more rounded.

The lens provides up to 35% of your eye’s focusing power. So you can imagine your visual capacity is negatively impacted when cataracts begin forming. Each type forms differently, and affects vision in a different way.

There are three types of Cataract eye conditions —

Summary- Subcapsular, Nuclear and Cortical are the three types of cataract vision problems. Each type of cataract affects vision in a different way. 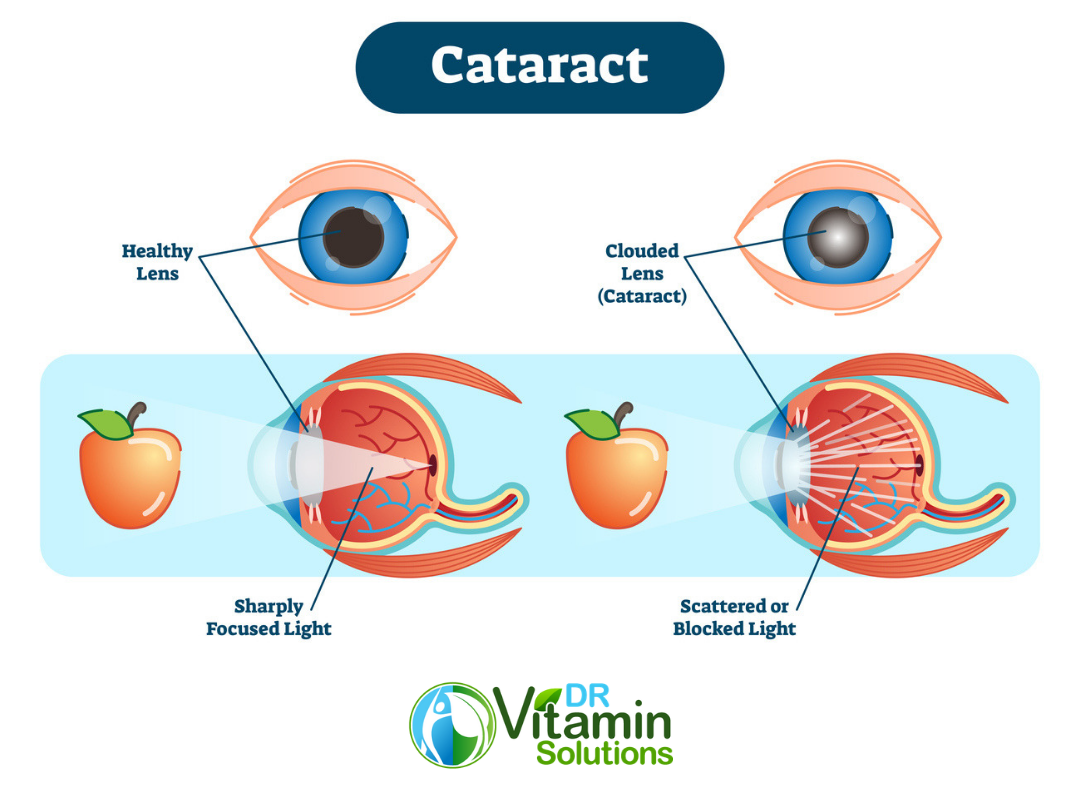 How images are distorted due to cataracts.

Subcapsular cataracts begin as an opaque or cloudy spot on the back of your eye lens. They are common in those who take medication for diabetes due to the high blood sugar often present in those with the condition. This can cause protein deposits in the back of the lens.

Subcapsulars tend to interfere with reading and create a “halo” effect when you look at bright light. This type tends to develop quickly, and can develop within months.

Summary- Subcapular vision problems develop quickly and look like an opaque spot on the eye lens.

Nuclear cataracts are the most common type of age-related cataract. They progress slowly, and tend to cause more problems with distance vision than seeing things nearby. In fact, close-up vision, such as for reading, may actually improve temporarily. It could take years before this type gives you eye problems.

Cortical cataracts are the most easily visible type from the outside. They look like white or cloudy areas on the outside of the lens. Corticals can cause vision problems with depth perception and looking at bright light, or can cause a “scattering” effect.

Summary- Cortical eye problems are visible from the outside and affect depth perception.

The truth is that science has not discovered what causes cataracts. (3)

The unknown cause can be due to several factors.The main theorized cause is the passing of time. We do not entirely understand the origin and development of Cataracts, but as we age, the lens becomes less clear and less flexible, making it a breeding ground for protein and fiber build-up.

Summary- Science has not defined a cause. We observe development is formed because of protein and fiber build-up, the cause of this is undefined.

Now that you are properly informed, what are the signs of cataracts?

There exists general cataract symptoms in humans that can tip you off that it might be time to see an optometrist for an eye examination.

People with cataracts could experience visual distortion, like a “yellowing” of almost everything in their field of vision, halos around lights, reduced black-white contrast or even double vision.

It might look like you’re looking at everything through a fogged-up window that just won’t defrost. As you can imagine, it’s extremely frustrating, and it can be frightening for those who think they are losing their sight.

Cataracts are not usually painful, but if you notice you’re going through prescriptions like water, or your eyesight is constantly changing, it’s time to make that appointment.

If you are diagnosed with one of the three types, the optometrist probably advised you to look into surgery. Surgery might be easy to obtain and commonly prescribed, and even after considering the potential risk factors, doctors might still think it’s the best option for your condition.

However, there’s another factor — surgery cost.

Can you afford that just to get your eyes back to their natural condition?

Many people cannot afford this price.

Cataract surgery post-op issues can also be off-putting. Removal surgery is performed by removing your natural lens, which has the cataract, and replacing it with an artificial lens. The surgery does not require an outpatient stay, and usually restores your vision to what it was before the development, or sometimes, even better.

It usually takes less than an hour, and can be done under local — eye-specific — anesthesia. Recovery takes about eight weeks. For most people, it’s not a huge imposition on their lives.

However, removal surgery, like all medical procedures, carries some risk, such as reactions to anesthesia, or complications afterward like infection. Some people do not like the idea of surgery. 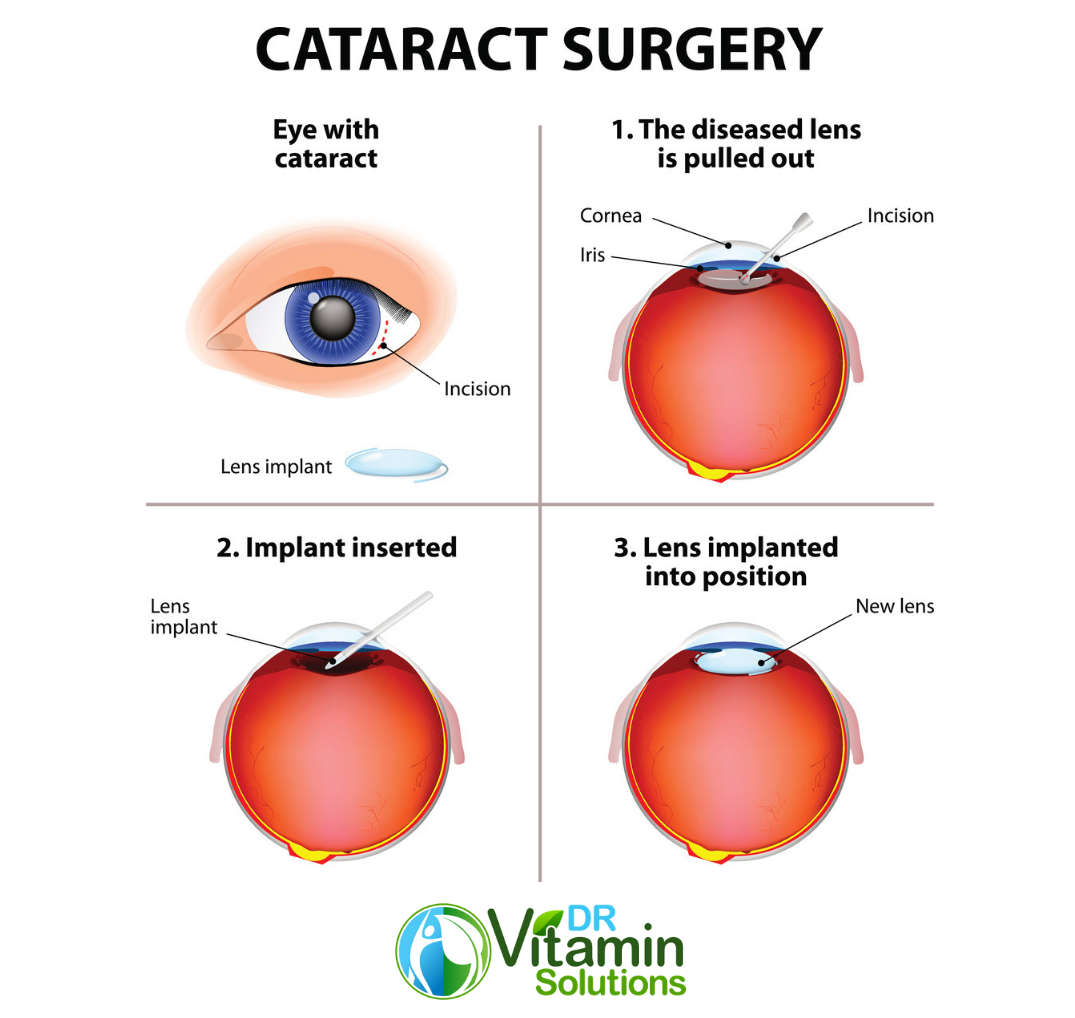 The process of surgery.

Summary- You can either opt for contact lenses or surgery to fix your eye problem, but there is a natural alternative for those who do not like the idea of surgery.

There are two Best Ways to naturally treat the symptoms of Cataracts. These two methods include:

Method 1: A Natural Alternative to Surgery

While surgery is effective, is it essential? Scientists have been investigating the use of steroid eye drops to treat cataracts. (4)

Recent studies show a naturally occurring compound Carnosine could be used to help dissolve the crumpled-up proteins that are causing your vision issues. (5)

Using Carnosine could mean a large number of Americans will not have a need for cataract surgery.

Scientists discovered the possibilities presented by Carnosine by looking at the case of twin children who developed cataracts and discovering that they had a mutation that blocked their ability to produce it. Their parents produced Carnosine as normal, and did not develop cataracts. (6)

Doctors believe Carnosine eye drops could be prescribed instead of surgery as a treatment for moderate cataracts.

Summary: Carnosine Eye Drops are a powerful and natural alternatives to surgery without the high cost.

Vision Clarity has been working to develop eye drops that can treat the symptoms of cataracts, bringing years back into your vision and helping people avoid expensive cataract surgery.

Our eye drops contain Carnosine, which offers as many exciting opportunity as Lanosterol in the field of preventing cataracts from forming in the first place.

Carnosine binds to the places where proteins might have bound on each other, preventing them from clumping up and forming the cataract. Carnosine has been shown in studies to prevent cataracts, and reduce the size of existing ones. (8)

Multiple treatments a day can restore vision to its prior state, and lenses look clearer when viewed diagnostically after those treatments.

We are very excited about Vision Clarity Carnosine Eye Drops. They promote the possibility of clear vision into advanced age to people in developing countries, where the infrastructure does not exist to perform surgery.

Smoking and drinking are also factors on the list of what causes cataracts to form. (11)

Summary- Beta-Carotene, Zinc and Omega 3 Fatty Acids which should be included in a diet to treat cataracts.

Cataracts are not a disease and can be naturally treated with Carnosine. The two best ways for treating include:

Prevention is always preferable compared to scrambling for a cure, and early intervention when signs and symptoms are not yet apparent can save your sight, in addition to potentially unearthing other health conditions.

Thank you for taking the time to read What are Cataracts? Best Ways to Naturally Treat Cataracts in 2018.

P.S.- At the end of the day, we are health-nerds here at DR Vitamin Solutions. We recommend you discover our Vision Clarity Carnosine Eye Drops as your all-in-one supplement to treat Cataracts with the power of Carnosine!