The Power of Persistence Makes a Difference in a Healthy Lifestyle

Persistence in a life is like a masterpiece of art with beauty that radiates and captures the attention of all who behold it.Persistence is defined in the dictionary as the quality that allows someone to continue doing something or trying to do something even though it is difficult or opposed by other people.

The Persistence of Thomas Edison 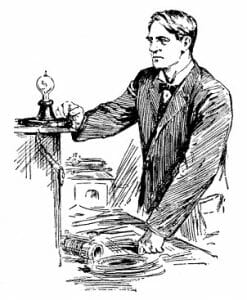 Thomas Edison was a great American Inventor that greatly influenced our society. He invented the microphone, the phonograph, the incandescent light, the storage battery, talking movies, and more than a thousand other things.

When December 1914 had come he had been working for 10 years on a storage battery. He was not one to give up but unfortunately this project had greatly strained his finances. Then one evening that month a spontaneous combustion had broken out in the film room. Within minutes all the packing compounds, celluloid for records and film, and other flammable goods were in flames. Fire companies from eight surrounding towns arrived, but the heat was so intense and the water pressure so low that the attempt to douse the flames was futile. Everything was destroyed. At this time Edison was 67 and he did not have adequate insurance to cover what he lost.

His 24-year old son searched for his father and to his surprise found him calmly watching the fire. The son felt so bad for his father. Edison then asked his son to bring his mother to him immediately. She will never see anything like this as long as she lives he told his son. The next morning, Edison looked at the ruins and said, “There is great value in disaster. All our mistakes are burned up. Thank God we can start anew.” Three weeks after the fire, Edison managed to deliver the first phonograph.

Three Ways to Help your Health with Persistence:

In your Exercise Program

Starting something is very easy, but following through with things is the difficult part. You need to stay after your goals and not get side tracked. Whether maintaining optimal health or losing weight it is persistent exercise that helps us not periodic exercise. Soda, potato chips and being glued to the couch may be more appealing, but we have to learn to exercise even when we don’t feel like it.

In your Eating Patterns

Discipline in the diet is very important. The goal is not to make yourself miserable at the dinner table but healthier. Have a realistic goal of improvement that becomes a part of your life. You control the times when you treat yourself by putting them in your schedule occasionally not whenever your stomach growls.

In your Essential Nutrient Plan

You need quality supplements but you must be consistent in your use of them. You get them to help with your health goals so stay focused and use them according to the suggested dosage unless directed otherwise by a healthcare practitioner. 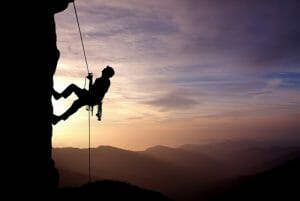 Stay at it and you will reap great benefits. Galatians 6:9 “Let us not be weary in well doing: for in due season we shall reap, if we faint not.”