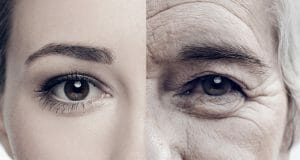 To begin, let’s state the obvious — nobody wants to age faster than we are “supposed” to.

Most of us want to keep our bodies in tip-top shape for as long as possible but aging, and the decline that is basically guaranteed to accompany it, is an inescapable part of living — or is it?

Glutathione is a powerful antioxidant which presents a unique opportunity to combat the dreaded effects of aging at their source. However, delivering an adequate supply of glutathione to the cells of the body which need it most is no simple task.

This article will weigh the advantages of the two best methods for supporting antioxidant activity in the human body: Liposomal glutathione vs NAC.

Free Radicals Play a Part in Aging Our Cells 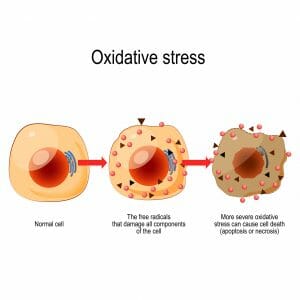 Free radicals are found everywhere (unfortunately for our bodies) in ozone, smoke, various chemicals, and even occur naturally as our cells process energy. Due to a complex process, free radicals cause oxidative stress to our cells and this stress has been linked to a host of diseases, and even ’normal’ signs of aging like wrinkles and gray hair.

In fact, “oxidative stress is now thought to make a significant contribution to all inflammatory diseases” (including arthritis) as well as neurological disorders including Alzheimer’s and Parkinson’s diseases. In addition, numerous researchers have proposed oxidative stress plays a role in mutating cells, which could lead to cancer. (1)

Antioxidants are substances that inhibit oxidation, and therefore reduce cellular exposure to oxidative stress. In addition to well known antioxidant vitamins like C and E, there are two very important antioxidants, or rather, an antioxidant and its precursor — glutathione (GSH) and N-acetyl cysteine (NAC).

More promising than other antioxidants, both glutathione and N-acetylcysteine have researchers abuzz about their potential to minimize signs of aging at the cellular level. One scientist noted that “glutathione is one of the most important cellular antioxidants” (1) and, in a different paper, the author noted NAC “acts directly as a scavenger of free radicals, especially oxygen radicals.”(2) It is possible that by consuming one of these antioxidants, you can help improve your body’s response to oxidative stress, and its associated diseases. 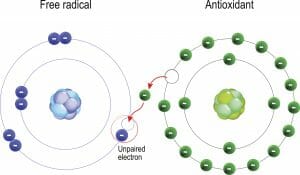 Free radicals cause a chain reaction of damage and imbalance to cells by robbing them of a paired electron. Antioxidants put an end to this chain reaction by serving as a sort of electron donor.

The Importance of Glutathione and its Bioavailability

Glutathione, also known as GSH, or even “the master antioxidant“, is perhaps the most important component of the human body for regulating oxidative stress. Among other processes, it is crucial for brain health as a reduction in GSH has been directly linked with Alzheimer’s disease (3) as well as Parkinson’s disease (4).

Glutathione is made by the body during normal cellular processes and although traditional oral supplements are available, there are concerns that they tend to have a low bioavailability.

Bioavailability is simply the amount of a given substance that is actually available for the body to use and studies have found that traditional GSH supplements may not deliver enough of this vital ingredient to be useful in combating oxidative stress. Stomach acids often break down GSH before it has a chance to be absorbed by the body.

In addition to its own antioxidant properties, N-acetyl cysteine (NAC) is a precursor to GSH, meaning that is necessary for the body’s production of GSH. Studies in animals have shown NAC to have a “neuroprotective role”, slowing age-related memory decline as well as helping to improve age-related heart malfunction. (8)

NAC is thought to have a higher bioavailability than standard oral GSH formulas. This is primarily due to the fact that it bypasses the liver and therefore isn’t subjected to the same degradation that traditional oral formulations of GSH are.

Further bypassing the liver, Zetpil, a NAC Deep Penetrating Cream is a dermal formula, so it can be easily absorbed by the body’s largest organ — the skin. 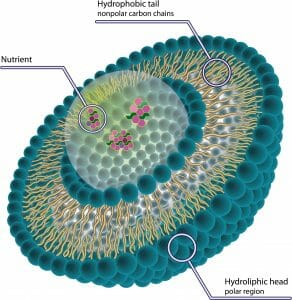 While glutathione may be challenging for the body to process orally, there are ways circumvent this difficulty.

By enclosing the fragile GSH compounds in a lipid barrier, liposomal formulations are able to get more of the active ingredient past the acidic environment of the stomach and into the intestines intact, where they can be fully absorbed into the body. Liposomal delivery systems have been improving the bioavailability of supplements, and even pharmaceuticals, for the last couple of decades. (5)

In a 2018 study, liposomal Glutathione was found to increase the body’s stores of GSH, increasing markers of immune system function as well as reducing markers of oxidative stress. (6) This could be significant for those who desire a healthier immune system in addition to the potential anti-aging benefit of GSH.

In addition to incorporating liposomal technology, Quicksilver Scientific Liposomal Glutathione uses a spray delivery, to be used sublingually, which further enhances its bioavailability. A 2017 study found glutathione, specifically sublingual glutathione, to be a valid use in reducing signs of cardiovascular damage in men (7).

Whichever antioxidant compound you choose, you just may be able to help your body keep aging, and its insidious effects, at bay. 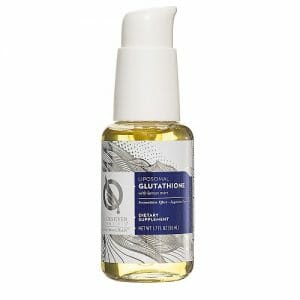